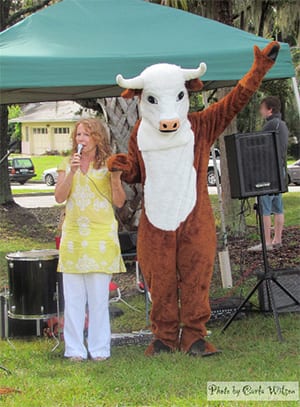 I was 9 years old when my Aunt Olwyn said, “you love animals so much, Susan, would you like to come into work with me today?” I was visiting West Yorkshire and off we drove past the green rolling hills on the way to my Aunt’s receptionist job. Aunt Olwyn directed me down a nondescript hallway as she sat behind her desk in the front reception area. I opened the metal door to a loud cacophony of chirps and cheeps. Hundreds of baby chicks were hatching out of their eggshells on the multiple moving conveyor belts stationed in the large metal warehouse.
All of the male chicks were being gassed and suffocated, some chicks attempted to crawl out from under the bodies of the dead and dying chicks stacked on top of each other in multiple industrial sized bins. My head swiveled as I looked around for help from an adult for all of these chicks who were not even an hour old. No one was shocked, no one was running towards the bins to stop the slow deaths, it was just another day at work, this was considered normal. The shell of my assumption that most animals were treated kindly cracked with the shock waves.

This experience heralded my first step towards a lifetime of animal activism.

Forty-six years later as the founder of Animal Hero Kids, an all-volunteer charity encouraging and recognizing kind acts for all species of animals, I am heartened when I meet compassionate children and teens. They act on their discoveries after becoming aware of the effect their meal choices have on the lives of factory farmed animals. Animal Hero Kids, complimentary, interactive presentations about helping all species of animals conclude with a fix your own vegan hero sub activity. 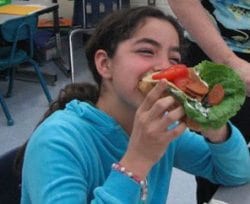 When I was writing the “Animal Hero Kids, Voices for the Voiceless” book, it was easy finding favorite vegan kids recipes from kids for the middle section. Stories of kids and teens rescuing or advocating for farmed animals were not difficult to find. My biggest challenge was to find someone whose fav vegan meal was not Macaroni and Cheeze.
Thanks to companies like Gardein, Daiya, Tofurky, Tofutti, Whole Soy and Co, Silk, to name just a few, there are scrumptious replacements for animal products. A plethora of vegan choices exist now in North American grocery stores alongwith extensive varieties of fruit and veggies, of course. I have no doubt the yummy offerings at the New York Veg Fest will reflect the wide range of vegan offerings that exist today.

The creators and consumers of vegan fare are the rescuers of farm animals who are in similar situations like the chicks I saw all those years ago.

Posted On September 17, 2015
Convincing Zeus the cat to vacate a suitcase so I can pack is always a challenge as is the actual act of packing. This trip…

7 Points of Light in an Unprecedented Time

Posted On March 25, 2020
Happy News, Yes, it Exists. While we are all aware our times are challenging, and my heart goes out to those who are ill and…