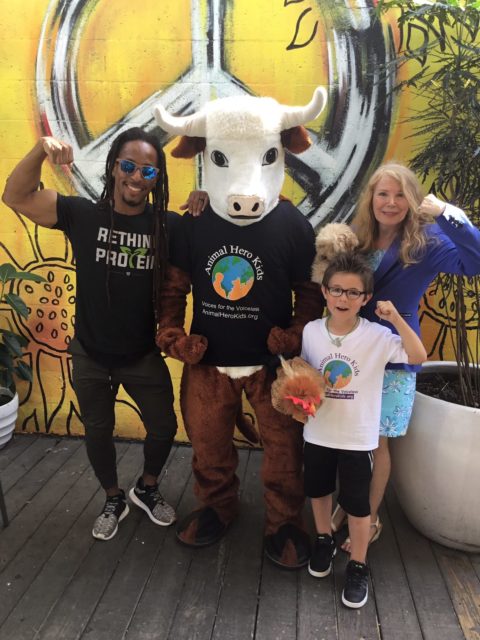 Here we are again in the month of April when good intentions from Earth Day events will resound around the globe. Animalherokids.org kindness education and vegucation programs like “Eating as if the Animals and Earth Matter” are presented for all ages and at all times of the year.

This is the first year the Animal Hero Kids Vegan MacnCheeze Challenge to Save the Earth! will be held on Saturday, April 13 at 5:30 pm at Green Bar and Kitchen in Fort Lauderdale with plant powered athletes and Animal Hero Kids ranging from ages 8-13 years of age judging the scrumptious vegan MacnCheeze entries. Thanks to challengers Green Bar and Kitchen, the New Vegan and Juice Restaurant, Ohm Woke Meals, Vegan Fine Foods, Veg Eats Foods, and Vinos At Galt Mile. SoFlo Vegans are a collaborative partner for the benefit. Each ticket gives you an audience judging ballot and gifts an “Animal Hero Kids Voices for the Voiceless “ book to each school library after every free school presentation. 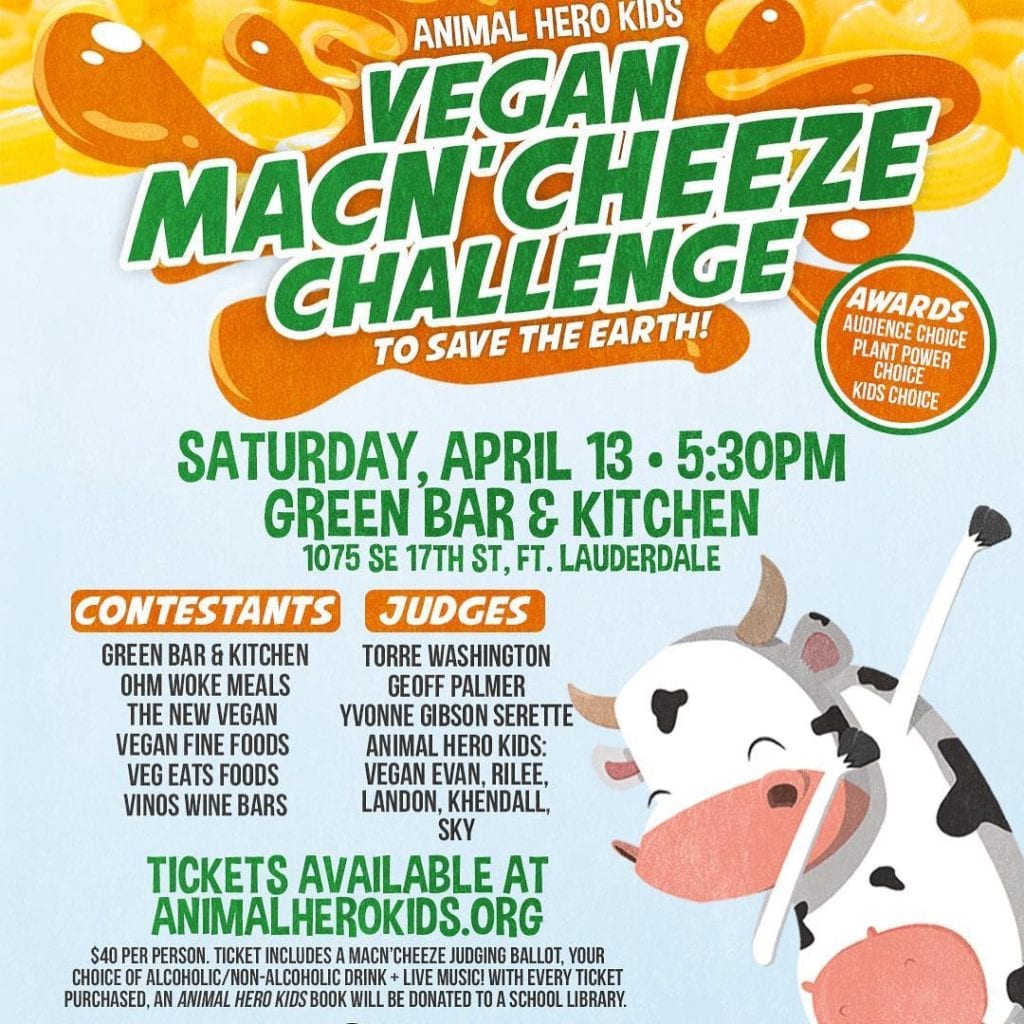 1-Climate Change
Animal agriculture is responsible for more greenhouse gases than all of the world’s transportation systems combined. The United Nations urges a shift to a vegan diet to combat climate change.

3-Land Use
It takes almost 20 times less land for someone to be on a vegan diet than it does to feed a meat-eater. The crops are eaten directly by a vegan rather than the grain being fed to animals.

4-Grain Resources
Ten pounds of grain is used to produce one pound of meat. Seventy percent of grain grown in the United States is fed to animals in feedlots.

5-Air Pollution
The Environment Protection Agency estimated animal agriculture is responsible for 50-85 percent of all man made ammonia vapors in the United States.

6-Endangered Wildlife
Deforestation, drought, climate change and pollution. Cattle are grazing on 270 million acres of our public land in 11 western states (and counting). These factors all contribute to decreased wildlife populations. Over 175 threatened or endangered species are imperiled by livestock on federal lands. At the request of ranchers ‘’Wildlife Services “ kill keystone species like wolves, beavers, foxes and bears.

What is the Happy News Here?

The happy news is 3 or 4 times every single day you can choose to take the most powerful step possible to help the earth, in any month of the year. Hey, why not start by eating vegan MacnCheeze?

Posted On February 23, 2016 ~
The sound was unfamiliar, a loud banging and slapping under the waves, my mother and the whole family were thrashing in an all-out alarm storm…