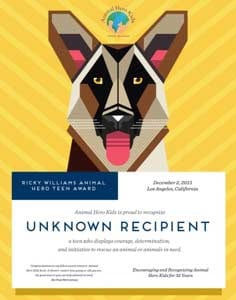 Carlo Filippini, Sante Filippini and Alex Johnson, 13, of Philadelphia, Pa., spent four hours caged in their elementary school’s lobby to demonstrate the cruel confinement of circus animals.
read more
Canadian Jasmine Polsinelli, 12, speaks out against the fur industry and created a video on YouTube, “The Truth About Trapping,” to educate people about the horrors of the fur industry. Jasmine started a change.org petition urging the CEO of Canada Goose to meet with her to discuss fur alternatives
read more 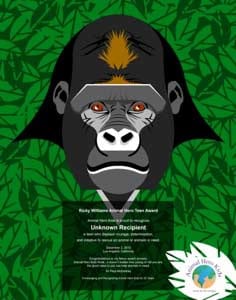 MUSE School for becoming the first school in the United States beginning next year to implement an all plant-based menu in its cafeteria http://www.ellentv.com/2014/06/16/california-school-is-about-to-make-history-as-the-first-in-the-country-to-go-vegan/ 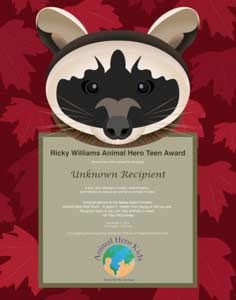 Kevin Storm, 13, of Sewell, N.J., has his own radio show promoting a cruelty-free vegan diet and animal rights. Kevin is New Jersey’s youngest radio show host. http://www.myfoxphilly.com/story/24061853/new-jerseys-youngest-radio-host
Genesis Butler, 7, of Long Beach, penned a poem, “My Vegan Dream,” inspired by Martin Luther King Jr.’s “I Have a Dream” speech, and read it in front of her school’s second grade classes and families. Learn More 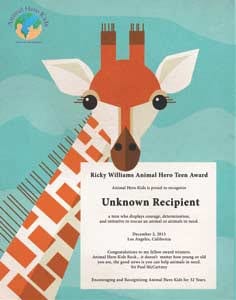 Latrell McCockran, 14, of Fairfield, made national headlines for risking his life to save a disabled man and dog from a burning building http://abc7news.com/news/14-year-old-risks-life-to-save-disabled-man-dog-in-fire/118313/ 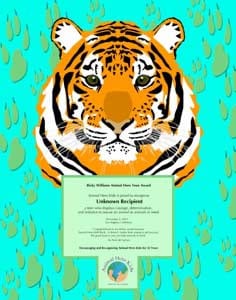 Rose McCoy, 13, made national headlines after she was arrested for protesting the SeaWorld float in the Rose Parade in Pasadena in January.
http://nypost.com/2014/01/12/me-against-the-seaworld-nyc-gal-12-on-orca-mission/ 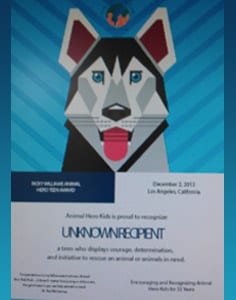 Bonnie-Jill Laflin is a consummate advocate for all species of animals. She is a vegetarian and spokeswoman for animals in need. Laflin combined her advocacy for animals and support of the U.S. military under her charity Hounds and Heroes, a national nonprofit dedicated to lift the spirits and morale of our active, wounded, and veteran military troops worldwide, and to increase community awareness, education and, involvement about the cruelty to animals and necessary care for animals through rescue, foster, and adoption.