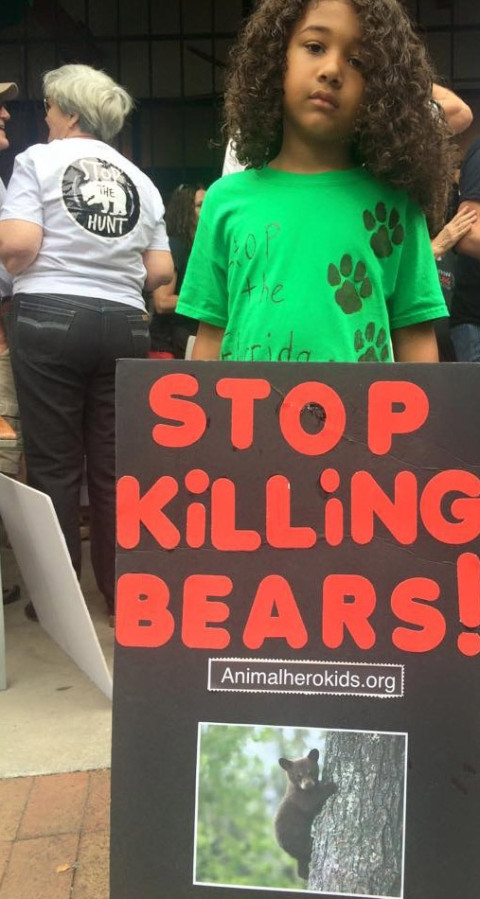 Last week’s Florida black bear hunt saw nearly 300 bears killed, with 207 coming on the first day alone. On Sunday, a 5 year-old boy who has been outspoken over the hunt on YouTube will be leading a Black Bear Memorial in Orlando.

The black bear hunt has been a source of ire and controversy for the Florida Fish and Wildlife Conservation Commission, which has received blowback from animal rights groups over what they deemed a needless hunt. The memorial is part of an event put together by Stop the Florida Bear Hunt, a coalition of animal rights groups that has been speaking out against the hunt. Among the groups is Animal Hero Kids, a charity that encourages and recognizes kids like Khendall, the 5-year-old who will be leading the memorial.